Home > Articles > Dog Aggression: What is it and how do you stop it? 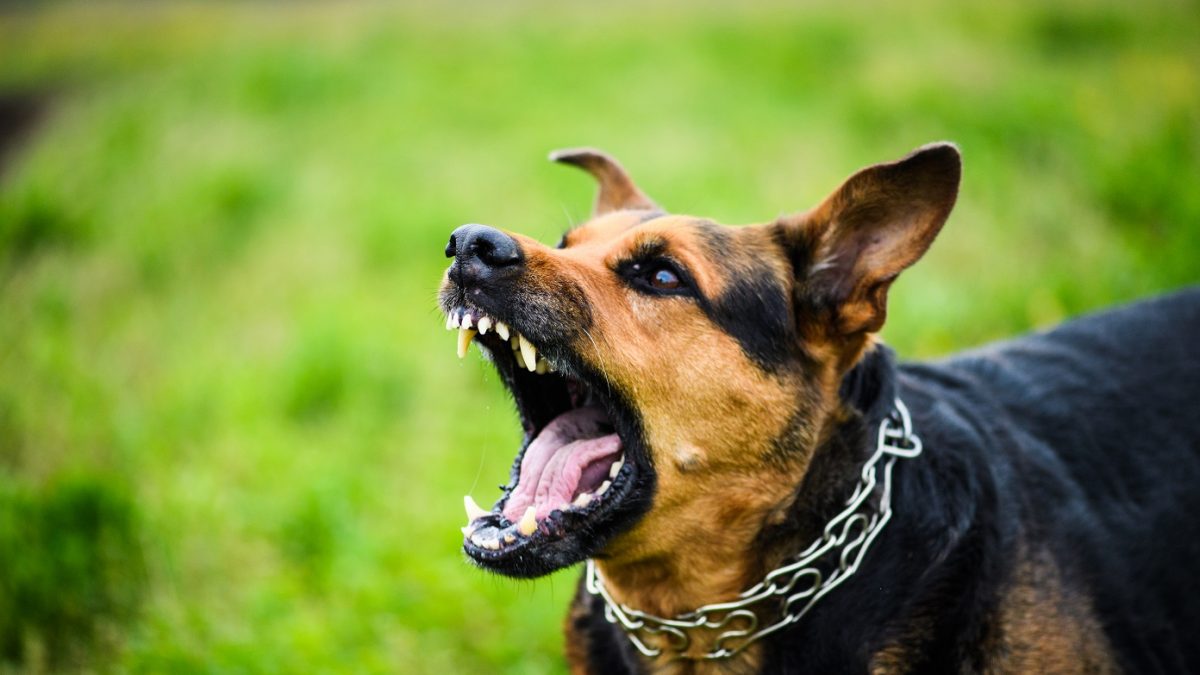 Dogs with behavioral issues are already a pain to deal with, but an overly aggressive dog is particularly hard to handle. It’s no longer worrying about your dog trashing the house and breaking down vases, but it’s a constant lookout if ever they’ll attack either another’s pet or a human.

Having an aggressive dog can make a walk in the park the hardest thing to do. It’s a major problem for dog owners too. But, the good news is dog aggression can be corrected.

What is Dog Aggression?

An aggressive dog does not only mean a dog that bites. In fact, dog aggression can mean different things and can manifest for various reasons. Some dog aggression is more toned down, like an occasional warning growl, while others are more dangerous and harmful, such as attacking another being.

Dogs have different ways of showing their aggressiveness but the most important thing that a dog owner can do is to understand what triggers this behavior. Knowing the cause is already a step to correcting this behavior and makes treatment easier.

Here are a few body languages and signs that your dog is being aggressive:

Dogs will have their own reason for aggressiveness. And it’s the dog owner’s responsibility to find out what it is. The most common of the reasons are:

Aside from those mentioned above, there are a lot more reasons to dog aggression. To make the behavioral correction easier, dog owners must determine the root of this aggressive display.

Being cornered into a scary situation can trigger a fight response from the dog. Fear aggression might be the most dangerous of all types because, unlike other types, fear aggression has no warning signs. Dogs will react this way because they think they have no other options but to defend and fight their way out.

They won’t growl, bare their teeth, or snarl but proceed to attack head-on. This behavior is caused by trauma.

In most cases, dogs can hide their pain very well, but if the pain is out of their tolerance, they might show signs of aggressiveness.  Although these actions fall under dog aggression, it’s actually defense mechanism.

An injured dog can bite their owners while they are trying to help and older dogs who suddenly acting aggressively might be experiencing discomfort, pain, or an illness. In the case of pain-induced aggression, instead of trying to correct it, bring the dog to the vet so they can professionally diagnose and cure any medical condition.

If your dog is calm and relaxed for most of the time but will start barking and biting once you put them on a leash, they are leash-aggressive dogs. This behavior roots in their frustration at being restrained by their leash.

Since you are holding the other end of the leash, this behavioral problem rarely ends badly, but it is certainly a troublesome behavior when dogs start to act out in public. Usually, this happens when a dog is not properly trained and is the easiest to correct of all dog aggression types.

Resource guarding stems from a dog’s possessiveness over certain objects. Things that dogs might value include their food bowl, their bed or a certain area at home, treats, and even a person. Regardless of what they are obsessing over, dogs will always react when someone tries to approach these “resources.” Their reactions can be growling to biting.

Dogs are social animals and by nature, they run in packs. So, instilled in their brain is a hierarchy we humans don’t know. Other pets we have in the house who they consider low in status might be frequent victims of aggressive body language. If you’ve been observing such behavior, show your dog that you are the “pack leader” and be assertive.

How to Handle Aggresive Dogs

Dog aggression is a complicated behavioral problem to correct and there’s no overnight fix to it. However, with the right method and a whole load of patience, you can stop your dog from being aggressive.

Before anything else, what dog owners should remember is prevention is key.

If you notice a young dog displaying aggressiveness, correct it right there and then. When you are diligent with puppy training, you are saving yourself tons of behavioral problems for when your dog gets older.

To prevent the development of dog aggression, here are some tips that you can try:

Know and understand the trigger of your dog’s aggressive behavior by observing. Does their aggressiveness show with all strangers or only certain types (men, women, kids, uniformed workers, etc) of people? Does it happen at home or if you are out on the street? Having answers to these questions will make behavior correction easier.

For one, it could be leash aggression. Or it could be trauma that your dog associate with certain people. If they are adopted, there could be past trauma and/or abuse that you weren’t aware of, and when your dog sees these types of people, their aggressiveness will show.

Your dog acting other than cuddly and sweet to you, their owner, can be a huge heartbreak. But don’t worry! It’s not likely they are angry at you but it’s more because of another issue. It could be resource guarding, for example. You might have come too close to a thing they value, hence, the aggression.

Aside from that, your dog’s sudden aggressive behavior might be because of an underlying medical condition.

5 Helpful Tips on How to Potty Train your Dog

Puppy Bite Inhibition: How to teach your pup