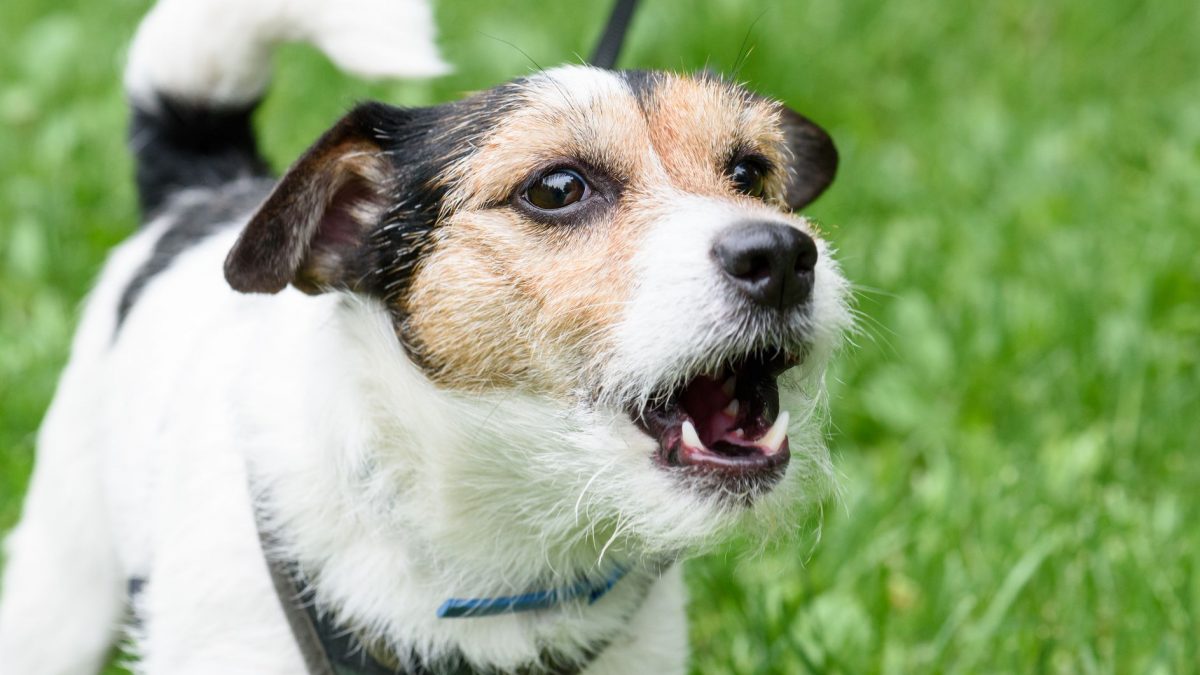 If you have been staying updated with the latest floof news then you have definitely met the Sheepadoodle named Bunny and her 80 button board she uses to communicate with her human, Alexis.

What started with just the “outside” button Alexis pressed every time they went out grew into an interesting communication. Bunny now even asks a lot of “why” questions. And in true millennial/gen-z style, it has quickly turned into a meme.

All of these have been documented by Alexis and uploaded on Bunny’s Tik Tok account. So in just a short period of time, Bunny had won lots of hearts earning the name “Talking Dog”! Now, she has over 5.8 million followers on the platform.

While not all dogs can actually..kinda…sort of…talk like Bunny, they can communicate pretty well. One of their most basic forms of communication is barking. According to Dr. Stanley Coren, author of “How to Speak Dog: Mastering the Art of Dog-Human Communication,” these sounds are emotionally complex.

That is, a bark is not a one-size-fits-all sound. From the normal barking alert to the angry growls and even the cute yips, these sounds have different contexts in different situations. There are three factors that help define these varying “dog vocalizations” namely Pitch, Number of Barks in a Row (Duration), and Space In Between Barks (Frequency).

Who is Stanley Coren?

He is a psychology professor and neuropsychological researcher born in 1942. In his career, he has successfully produced a wide range of research papers. This includes sensory processes (vision and hearing), neuropsychology (handedness, sleep, birth stress effects and behavior genetics) and cognition (information processing and intelligence).

Later in his career, he shifted to studying canine behavior and the relationship that people have with their dogs. His books on dogs have become very popular. “Why We Love the Dogs We Do” is a foolproof guide that helps match dog owners with a particular breed of dog.

His personality test has in fact been adopted by some dog shelters. “Why Does My Dog Act That Way” is a culmination of data from thousands of dogs to determine the features and personality of different dog breeds. “How To Speak Dog” draws on substantial research in animal behavior. Here, Stanley unlocks that dogs can distinguish at least 140 words and can even interact like a two year old toddler!

He now instructs in psychology at the University of British Columbia in Vancouver, British Columbia. He also works in research in the same university and also writes for Psychology Today in the feature series Canine Corner.

Barking (aka “communicating”) with your Dog

To maintain a healthy relationship, proper communication is needed. And even with our dogs, it’s important that we understand the feelings that they are trying to convey. Don’t worry, it’s possible. According to a Hungarian research, humans are good at classifying dog barks – even counting those who don’t own one. When pre-recorded dog barks were played to the participants, many have accurately matched the bark to the situation that the dogs were in.

If you’re a new fur parent, then here are some things you should know about.

Usually for dogs, a high-pitched sound is a request for companionship. If you’ve ever tried leaving for work, you’d surely hear this sound. Coupled with their cute puppy eyes, we bet that it breaks your heart to leave them for just a few hours.

But you can also often hear high-pitched sounds from your dog during playtime which means that they’re excited and happy! Although that’s not always the case. A high-pitched sound can also be an expression of fear, uncertainty, and even pain.

On the other hand, a low-pitched sound is usually observed with the “threatening” attitude like warning off intruders or even cases of disciplining a rude companion. It usually comes from a confident dog but it can also be a very scared dog trying to shoo you away (with all their might).

You can observe the pitch difference by trying to see how your dog barks when you come home compared to a stranger. Conversely, you can use this technique to communicate with your dog. If you want them to move away, you can use a low-pitched signal to let them know.

A short and sudden “yip” is usually observed with being annoyed or surprised. It’s like telling you “huh” or “knock it off” if dogs could actually talk. (Or maybe they could and it’s just us, humans, not understanding them.) For example, if you accidentally step on their tails, this sound is used as a response. It could also denote an element of fear.

Longer barks could mean that the dog is more aroused. A long and sustained barking indicates more intention and usually serves as an alarm. According to Dr. Coren, a longer sound means a greater likelihood that the dog is making “a conscious decision about the nature of the signal and his next behaviors.”

When your dog barks in a quick succession (repeated often at a fast rate) can either indicate a degree of excitement or urgency. A dog barking multiple times in a minute signals an important situation. If you’re going on a walk, he might be meeting a friend on the way and he’s excited. But it could also mean that there’s a potential crisis. You can easily decipher this by combining it with the pitch of the sound.

On the other hand, an occasional bark shows mild interest. It could be that he just saw something pass by the window. But longer pauses in between barks are also observed with lonely dogs telling you not to leave them alone.

What are the common barks?

Let’s try to apply pitch, duration, and frequency and decipher the common sounds we hear from our dogs.

This is a common friendly greeting when your dog recognizes your visitor. It’s heard as one or two sharp short barks and ranges from high to middle level pitch. This is usually done with a continuous tail wagging and a typical physical greeting ritual!

This is also known as the stutter bark or what we commonly hear as a high-pitched “Harr-ruff” sound. When doing this bark, dogs usually have their front legs flat on the ground and their rear held high.

This is an invite to play like fetch or tag. It’s like “Come on, mommy, throw the ball and let me get it for you!”

When we’re stuck in front of our phones and computers, we sometimes neglect our fur babies. And when they need some love and attention, they usually let out a long string of barks with long deliberate pauses in between.

When you hear this, as Taylor Swift one said , “Drop everything now.” And make sure to plaster them with love and play with them!

When you hear your dog bark in a continuous string with a lower pitch and comparably slower than your usual alarm bark (with growling), this suggests that your dog is detecting danger. Be ready to defend yourself!

This is a rapid string of usually two to four barks with short pauses in between. This is a very classic alarm bark. When you hear this, it means that there IS danger that you should definitely look into.

Fur Parenting 101: How To Become A Responsible Dog Owner

How to Show Affection to Your Dog (Properly!)

Save your Dog from Heat Stroke in the Summer Heat

How to Train Your 3-Month-Old Puppy

Bathe Your Dog: Everything You Need to Know About Washing Your Dog