Home > Articles > Resource Guarding in Dogs: What to do 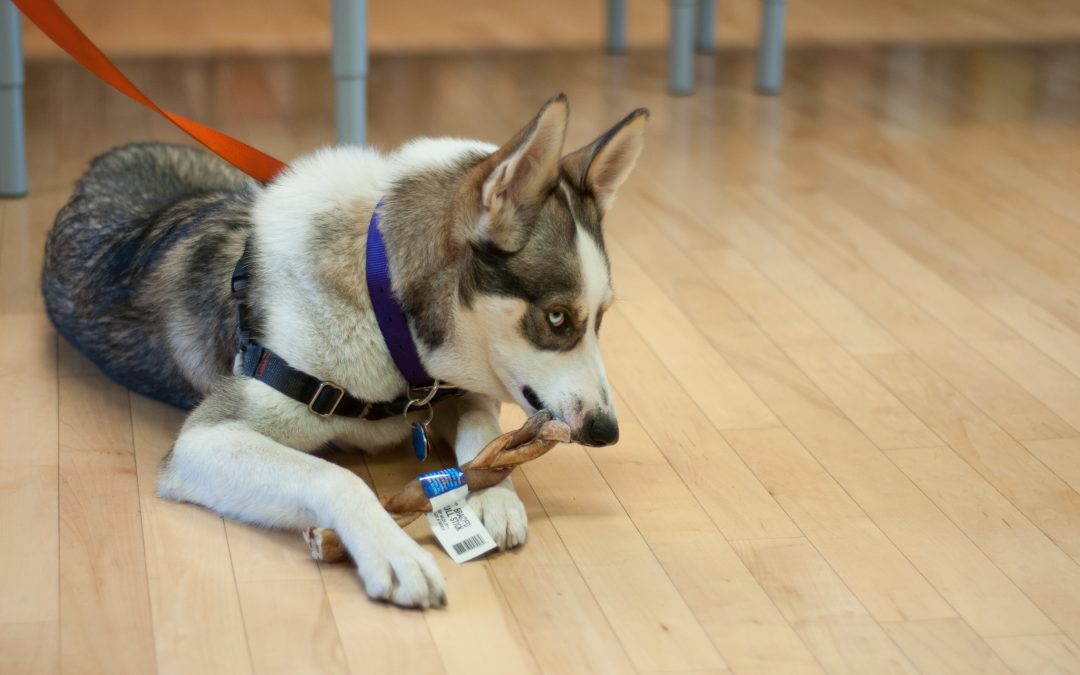 “Don’t bother the dog when he’s eating,” is advice that dog owners hear all the time, especially new owners who’s just gotten their pups. This is based on the hunch that dogs are protective of things they want, such as food. But, should we really take that advice to heart? Is resource guarding in dogs real?

What Is Resource Guarding?

Resource guarding refers to a dog’s behavior, such as snapping and growling, that is meant to show other dogs and humans to stay away from a thing they consider a treasure or “resource.”

This resource is anything that the dog considers important, such as food, treats, toys, a place, or even a person.

Dogs are opportunistic feeders, they have evolved into a species that is able to adapt to whatever food is available, also resulting in them protecting what they consider as theirs. So naturally, resource guarding is a normal dog behavior.

Most scenarios of resource guarding would involve dogs communicating and displaying aggressive body language as a way of saying that the resource is theirs and they are not giving it up. The other dog, the “potential takers” would usually back down.

It is also common for dogs to fight over resources and the best thing to do would be to separate them if their desired objects are around. Putting them in different rooms while they’re eating and removing these resources when the dogs are together can calm down the situation.

The Problem with Resource Guarding

Resource guarding can be a serious problem if let on. It can be harmful when a dog gets aggressive around his human family when he feels his resources are threatened, especially with children.

Young, small children who carry around toys and food are usually the common victims of a dog’s aggressive resource guarding. Since they are young, the concept of respecting a dog’s possession can also be quite hard to understand, and would just reach and grab for it. This can result in injuries, scratches, and even biting. Considering the height of kids, injuries and bites can be in the upper body or on the face.

Dogs can be possessive of different kinds of objects. Some would only guard objects they are actually holding, like a toy or a bone, or when they are eating. Some dogs are protective of things that are within their territory, while guards places they find comfortable like a couch or a bed. They protect these from other dogs, humans, or both.

Dogs also have different reactions when resource guarding. Some dogs have little response, such as simply moving the object away, while others have a more aggressive reaction like snarling, growling, snapping, and worse, biting.

Snarling and growling can be considered warnings from the dog and it is important to know that it should never be punished or scolded for giving out these warnings. The worse consequence would be for the dog to stop giving warnings and just immediately attack.

You could have a puppy or a dog that doesn’t resource guard yet, it is important that you teach them how to willingly give up a resource.

Here are a few tips you can follow to control your dog’s resource guarding.

Observe and make a list of all the things that your dog is possessive with and think of a way to remove its access to these. However, everyday necessities, like food bowls, are not applicable to this.

If your dog is possessive over a certain item in the kitchen or in your room, block his access to these areas. Since he’s not allowed anywhere near these places, he couldn’t resource guard.

Dogs get aggressive when they are threatened or if they feel like someone or something is out to get their precious food, treats, and other valuable resources. One of the things you can do is to create a peaceful space for them.

If they aggressively guard their food bowl, feed them in a separate area, blocking the entrance from other dogs or humans, and let the dog eat in peace. Blocking the entry is often overlooked but it’s equally important, especially if you have small children in the house.

Drop it and leave it training

All dogs, especially those that struggle with resource guarding, should learn the drop it and leave it cues.

Drop it means teaching your dog to let off something that’s in their mouth. If the dog gets possessive over food, start practicing the drop it cue with toys and eventually moving on to food trades. If they drop a low-value objective, they get rewarded with a high-value treat.

Leave it is teaching your dog to turn or walk away from something. Make sure to reward your dog with an equal or higher value treat. This technique speeds up the learning process of your dog.

Puppy Bite Inhibition: How to teach your pup

How to Use Dog Treats for Training

Save your Dog from Heat Stroke in the Summer Heat