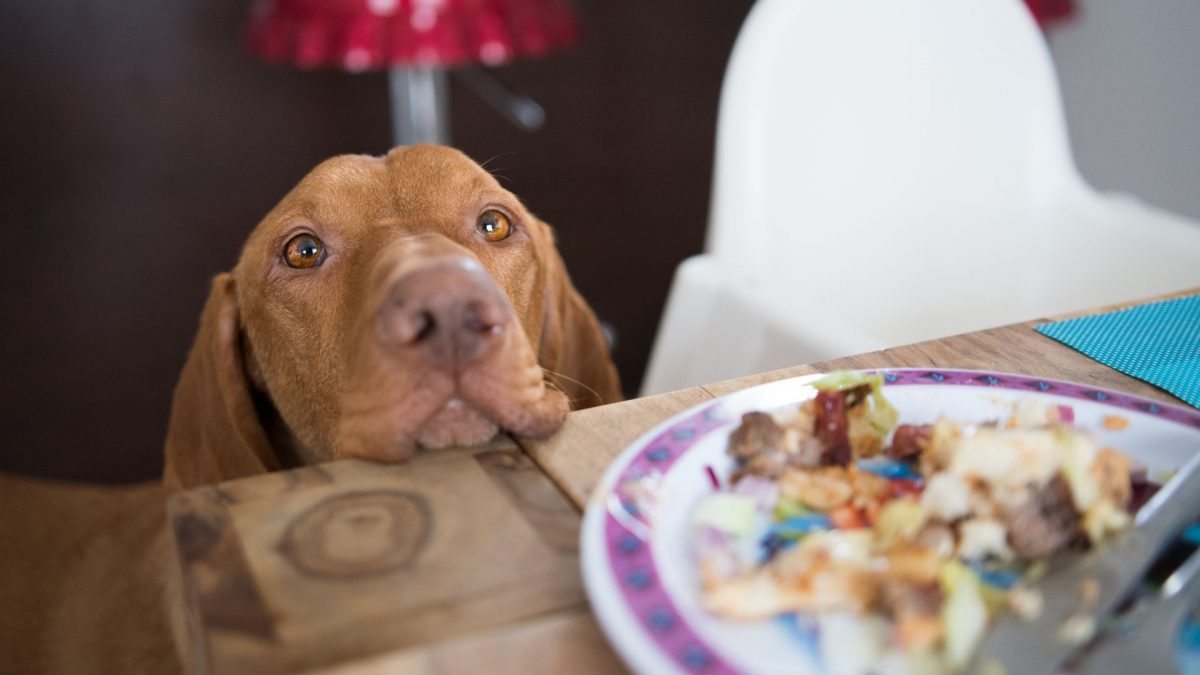 Stop Your Dog From Begging for Food in 6 Easy Tips

A dog begging for food is another behavioral problem that dow owners will surely attest to. It is a common discipline issue, that if neglected, will be difficult to overcome.

We know how difficult it is to say no to your dog’s adorable face, begging for food, but it is for the best to understand why they behave like that and it needs to stop.

Why do dogs beg?

It is safe to say that dogs have perfected the begging method. They will flash you the hungriest, the cutest, and the most adorable look on their face, in hopes that your love for them is enough to pity them to be given scraps from your plate.

This technique teaches your dog that they can get more food with just a simple cute whine and begging face.

But why do they beg? And when did they learned of this?

First, your dog has learned to beg since he was a pup. You can train the begging out of him but if you don’t, he brings that behavior with him until he is older. Your puppy has realized that begging equates to rewards. It could be pawing, whining, or barking, and if you keep on giving your begging puppy what it wants, he will continue to act this way.

It’s not just with food either. Your puppy begs for affection, playtime, or walks, and unconsciously, you are giving in to this. This only teaches your pup that begging is effective.

How to stop your dog from begging for food

Saying no to your dog’s begging face can be the most heartbreaking thing to do. And the guilt that follows too! But, you are not alone. It would be uncomfortable at first, but bear with it and prevent it with simple rules.

A simple rule but hard to follow. Don’t give in once your dog begs and be consistent. He begs once, say no. He begs twice, say no. For the third time? Say no. It’s going to be difficult but you refusing to give in discourages your dog’s begging behavior.

If you know your dog is fed and full, don’t be fooled by those begging sad eyes. You refusing is for their health too! Table food and scraps lead to increased food intake, and this can negatively affect your dog’s physical well-being.

Before mealtime, feed your dog first and if possible, in a space away from your dining table.

Giving in to a begging dog teaches him that if he asks for food, paired with whining and pawing, you’ll eventually give in to him. This encourages the behavior. So one way to prevent this and train begging out of them is to ignore.

Give them an alternative and redirect their attention with an interesting activity or their favorite toy. This helps as this occupies their time once they realize the begging is not working.

The basic obedience commands of “Sit”, “Stay”, and “Leave it” can greatly help with training out impulse-based behaviors like begging.

If your dog keeps on jumping into your lap while you eat, use the command “Sit” or “Stay.” This should stop the jumping/begging behavior. If a piece of food was accidentally dropped to the floor, instruct your dog with the “Leave it” command.

Remember to train your dog after a walk or exercise. Doing so will give you a better behaved and less energetic dog.

When you see your dog is behaving well, i.e not begging for food, you can always give them a treat. This is to say “good job for not begging.”

But what you should remember is to not reward a dog with a treat from the table. When you see him behaving and sitting away from the table and not begging, get up and give him a healthy treat for good behavior.

Punishing your dog is almost never effective. This often results in a more stubborn dog so you have more problems on your plate now. If you want to stop your dog from begging with food, don’t yell or physically hurt him. Refer to the tip above and just ignore.

Let him beg until he gives up and decided to leave the room.

Setting a feeding schedule will condition your dog to know when and where he will be fed every day. This will teach your dog when they can and can’t eat. Once this is established, he will less likely to beg.

Changes from dog training don’t happen overnight. Stick with your rules and though it’s difficult to do, say no to your dog’s cute begging face.

Aversive Dog Training and Why you Shouldn't Do it

Dog Digging: Why they do it and ways to control it

Traumatized Dogs: Tips on How to Care for Them

Leash Training a Dog That Pulls: What you should do

Dog Training Guide: Do’s and Don’ts in Training your Dog

Aversive Dog Training and Why you Shouldn’t Do it