Home > Articles > How to retrieve a dog that has gotten off leash? 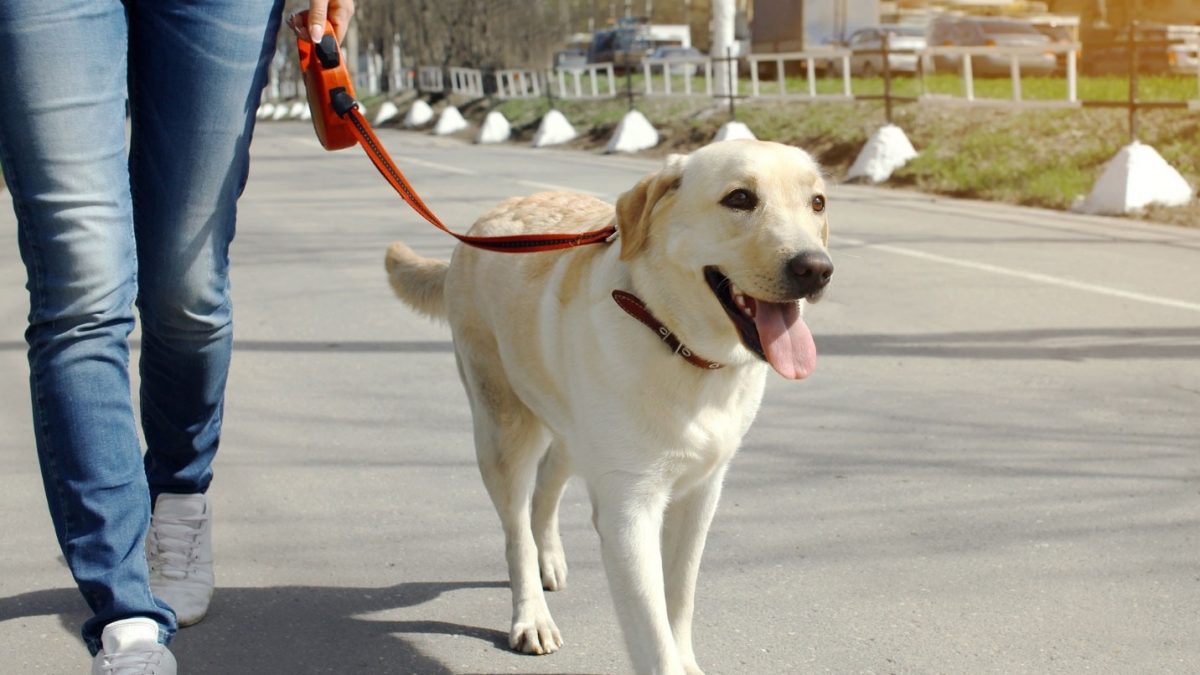 How to retrieve a dog that has gotten off leash?

At one point in time, surely, you’ve taken your dog on a walk and this situation can go exactly three ways. First, it goes exactly as you expected for a walk. No drama, just peaceful and refreshing walk with your best buddy with occasional interruptions to pee or to greet another dog or human. And you guys go back home safely and one step fitter than the previous day.

Second is a bit more challenging with a bit more of the usual push and pull, your dog taking the aggressive lead for the day and taking you into a more adventurous walk than you intended. A few authoritative calls of their names and more than usual quota of “No, stop that.” and “No, don’t do that.” You break in a little more sweat but everything turned out fine.

Or the third one where your dogs wiggles out of the leash and Into The Unknown called upon by the mysterious dog spirit urging him to embark on an unrestrained adventure. And this is the most challenging moment of the walk which to many dog owners who are not adept with how this situation should be handled could prove to be a period of overthinking, stress, and panic.

There would be a lot of name-screaming in an authoritative bordering angry tone coupled with “GET BACK HERE” and then some heavy breathing while you chase your dog. More often, this can even escalate to a community of strangers trying to help you out on your misadventure with your dog.

But even with that, the success rate is usually low and you find yourself chasing your dog until you finally catch him/her.

It’s very instinctual to chase after a loose dog and that’s fine if you gave in to that but the next time, know better. As much as you’d want to chase after your dog, DON’T. It won’t bring your fur baby back into your arms. In fact, you’re putting your dog in a more dangerous position.

Here’s why. Imagine as a human, you are chased by another human. It’s already scary, right? Then imagine there’s more of them and most of them you don’t know! Then put yourself in your dog’s shoes. I’d bet you would run as well.

When you chase after a dog, it can send a message that he/she is in danger. Add that with you calling them in an angry tone, it would give the dog the impression that he is in more trouble if he/she gets back to you. Or he/she would perceive it as a game and you are now down to a competition with an animal who will always run faster than you do.

The Prodigal Dog: Retrieve a Dog that has gotten off leash

So here are tips on how to retrieve a dog that has gotten off leash.

First rule of the game is don’t chase BUT make sure you keep your pace to see the direction where your dog is headed. Keep a balancing act so that you don’t encourage your dog to run faster for a game of chase because it will only exhaust you to no point of success while making sure he/she remains in your field of vision for safety.

Second way to retrieve a dog that has gotten off leash is to beckon him/her using a calm and cheerful tone. Dogs won’t respond to your calls when you’re angry simply because they don’t want to be in trouble. Using a firm yet friendly tone will encourage them to come back and would put their anxieties at bay.

When this does not work, you can try these tried and tested tricks:

Do some “odd” behaviors to lure your fur baby, for example:

Make sure that when you do these things, you let your dog gain a little momentum before gently grabbing them or putting their leash back. Any sudden movement might scare them away and doing the trick twice in a row may not be as fruitful as the first.

You can also try the classic treat trick. While gently calling them with a cheerful tone, lure them with treats which you can also use in the above-mentioned tricks. You have to be a little patient when doing this because it’s not an instant sort of lure.

One interesting trick to retrieve a dog that has gotten off leash is to try to call them and lure them for a ride. Dogs love rides especially when they associate them with happy things like going to the dog park or getting treats or for some water lovers — to the beach! Though quite simplistic, many have noted that this works.

If you don’t have some treats with you, you can DIY some toys to pique his attention to you while calling him.

Third, when they get back to you, use positive reinforcement. Follow through your tone with actions like patting them or hugging them and telling them they did a good job. More often than not, this builds a more positive reaction than a “spoiled” one when we associate this style with raising children.

Positive reinforcement with dogs lets them know that it’s okay and they’re less likely to do it again. Do this while you’re gently and silently slipping his looped leash or while reaching for the dog’s collar.

But remember that: Prevention is better than cure.

Invest in a secure collar because it will save you from all the stress and will make your walks with your dog more chill since you know your dog can’t wiggle his/her way out. A secure collar should fit two fingers snugly under it. Anything more than that can mean it’s not fit properly. Make sure to put in an identification on the collar just in case your dog gets lost.

Another option is a microchip. In some countries, dogs are required to have microchips for easy registration and identification. This is a good countermeasure that cannot be lost just like a collar. This makes any cases of lost dogs easier to track and resolve.

It is important as fur parents that we take responsibility for our babies by providing them with their needs like quality and secure collars that will fit them perfectly without feeling restricted. And it pays to know how to deal with situations like this so that you don’t end up losing your dog or consuming so much time playing chase.

How to Train Your 3-Month-Old Puppy

10 Fun Games to Play with your Dog